The Tale of Two Rings ~ A Proposal Story 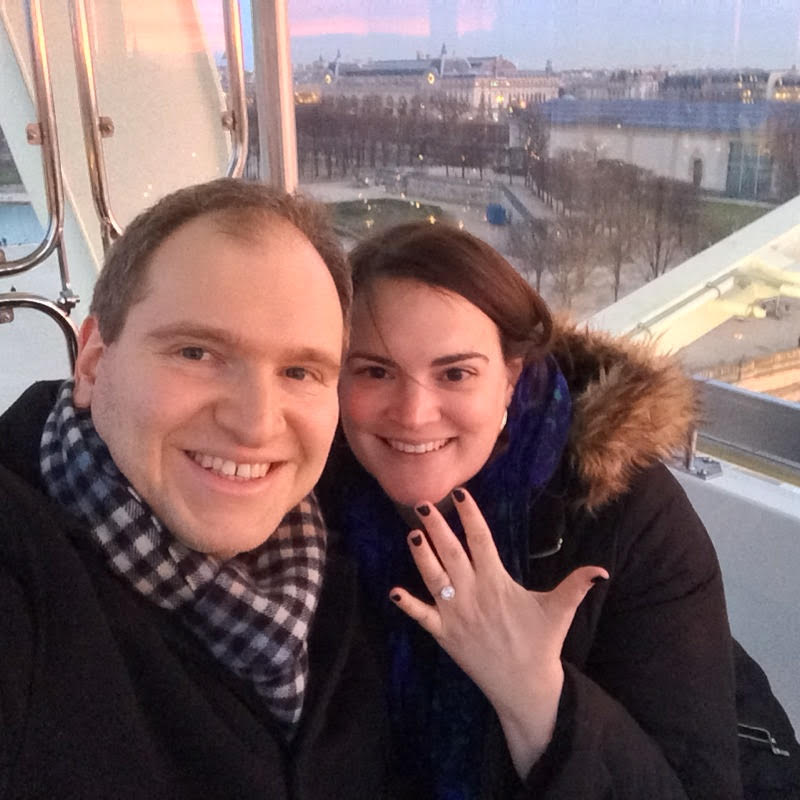 Here at La Bijouterie, we are just as much a sucker for a romantic proposal as the next person, but every once in a great while, a story so romantic and so sweet comes along, it needs to be shared with the world.

Insert Jessica and Mark. It was 2014, and at that time they had been dating for about 5 years. Both were ready to go from girlfriend and boyfriend to engagement.

Jessica had seen a cute little jewelry store on Union Street in the Marina, and decided to do some research to see if this place was worth a visit. She read the Yelp reviews and was very pleased with what she saw. She then told Mark that they should make an appointment to get things moving.

To her delight Mark agreed and before they knew it they were looking at rings and meeting Set the jeweler. They looked at a few different ring styles but there was one in particular that Jessica fell in love with.

Just a minute after trying on this perfect ring, Mark cut their visit short, thanked Set for his time, and mentioned he wanted to do some additional research. Jessica was disappointed that the shopping trip was over so soon, but she simply brushed it off.

A few weeks later, and no talk of an engagement ring, Jessica was getting ready to go on a trip to Paris with her mom. Mark would be staying in Boston with Jessica's dad.

After a couple days in Paris, Jessica and her mom took a boat tour down the Seine river to enjoy the different sites. Half way through the boat trip, and to Jessica’s surprise, she looked down at her phone and was receiving a call from Mark. Her immediate thought was, "Why would Mark be calling me when he knows I'm on this boat trip with my mom? Could something be wrong with my dad?!"

She picked up the phone and asked “Is everything okay?” Mark then immediately began to profess his love for her: “Jessica, I’ve been thinking a lot lately about how much I love you and I want to know, will you marry me?”

Stunned and convinced her Dad put Mark up to this, she said, “Are you joking? You're proposing to me over the phone?” when her mom yelped, "JESSICA, TURN AROUND!"

There, at the top of the boat was Mark down on one knee. He secretly flown to Paris and had been hiding in the bathroom on the boat the whole time as to not be seen by Jessica or her mom. People on the boat needing to use the restroom actually thought he was a stowaway until he slipped his ticket under the door with the excuse that he was having stomach problems and needed to stay in the restroom.

He then confessed his love for Jessica, and everyone on the boat applauded and began taking pictures! As he went to put the ring on her finger, she noticed it was nothing like the ring they had looked at but she didn’t care. The only problem was the ring didn’t fit - it was too small.

But Mark wasn’t done with the surprises! He said "Oh the ring doesn't fit?" and Jessica said "No, it's a little too small - but I don't care, I'm just happy to be engaged to you." Mark then took another ring out from his pocket, the real ring, opened the box, and said "Let's try this ring, instead"… and it was just like the ring she fell in love with in the store, but even more beautiful than she could have ever imagined! Best of all, it fit perfectly! She couldn’t believe her eyes and thought to herself, how did he pull this off? He then told her he had been meeting with Set on and off for two weeks until the ring was just perfect.

Jessica was both shocked and impressed and knew that after all that planning, coordinating and stress, she was marrying her l'amour vrai (true love).