Matt was sure of one thing before he proposed to his girlfriend Kayla - he wanted to create a moment that both of them could remember and look back on. “I knew that the woman I love deserved a special proposal,” said Matt.

When it came time to pick the ring, he wanted to consider her taste, but he also wanted to surprise her. “Once I knew we were serious and getting married at some point, I wanted to learn what kind of diamond she liked,” said Matt.

Matt put on his Sherlock Holmes hat and did a little bit of detective work. He conspired with La Bijouterie’s owner, Set, to help understand what Kayla would like, without letting Kayla figure out that she was actually choosing her ring. Matt casually told Kayla that they should browse some engagement rings.

When Matt and Kayla came into La Bijouterie, Set and Matt pretended that they never met before. During their visit, Set asked Kayla strategic questions to learn exactly what Kayla would like in her engagement ring.

“She thought it was a fun exercise, Set and I pretended like I’d never seen him before,” he said. “So Set was able to get a lot of information without getting her expectations up and he was able to get her ring size." 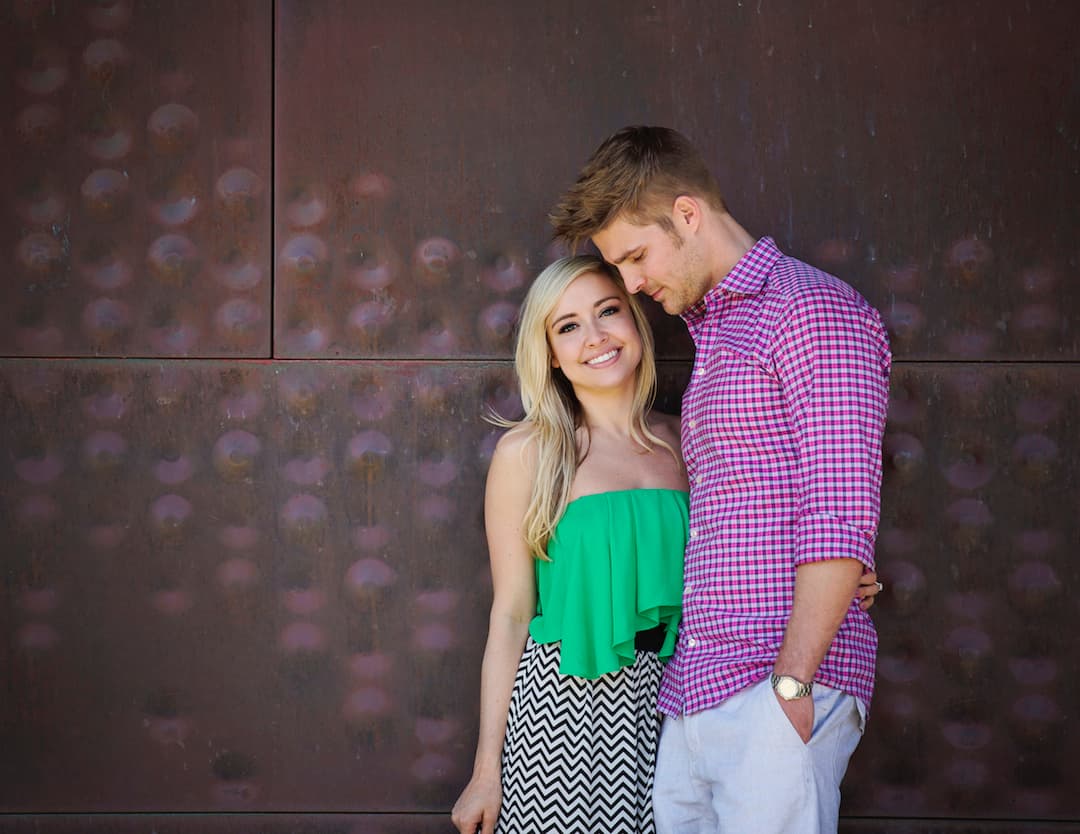 Matt got the ring a few weeks later; it was a beautiful cushion shaped stone in a delicate halo setting. He didn’t bring up the subject to Kayla again for a month - she was actually getting antsy, thinking, “Hey, what happened to the engagement plans?”

Matt wanted to make sure that Kayla had no clue about how, when and where he might propose. At that point, she wasn’t even sure if he was still going to propose anytime soon. All the while, he was planning an elaborate, heartfelt proposal, with a perfect dream ring.

“I wanted to capture some things that we could have as a keepsake,” he said. “Something we could touch, see and feel. So I thought, 'how can we walk away with something besides just pictures?’" 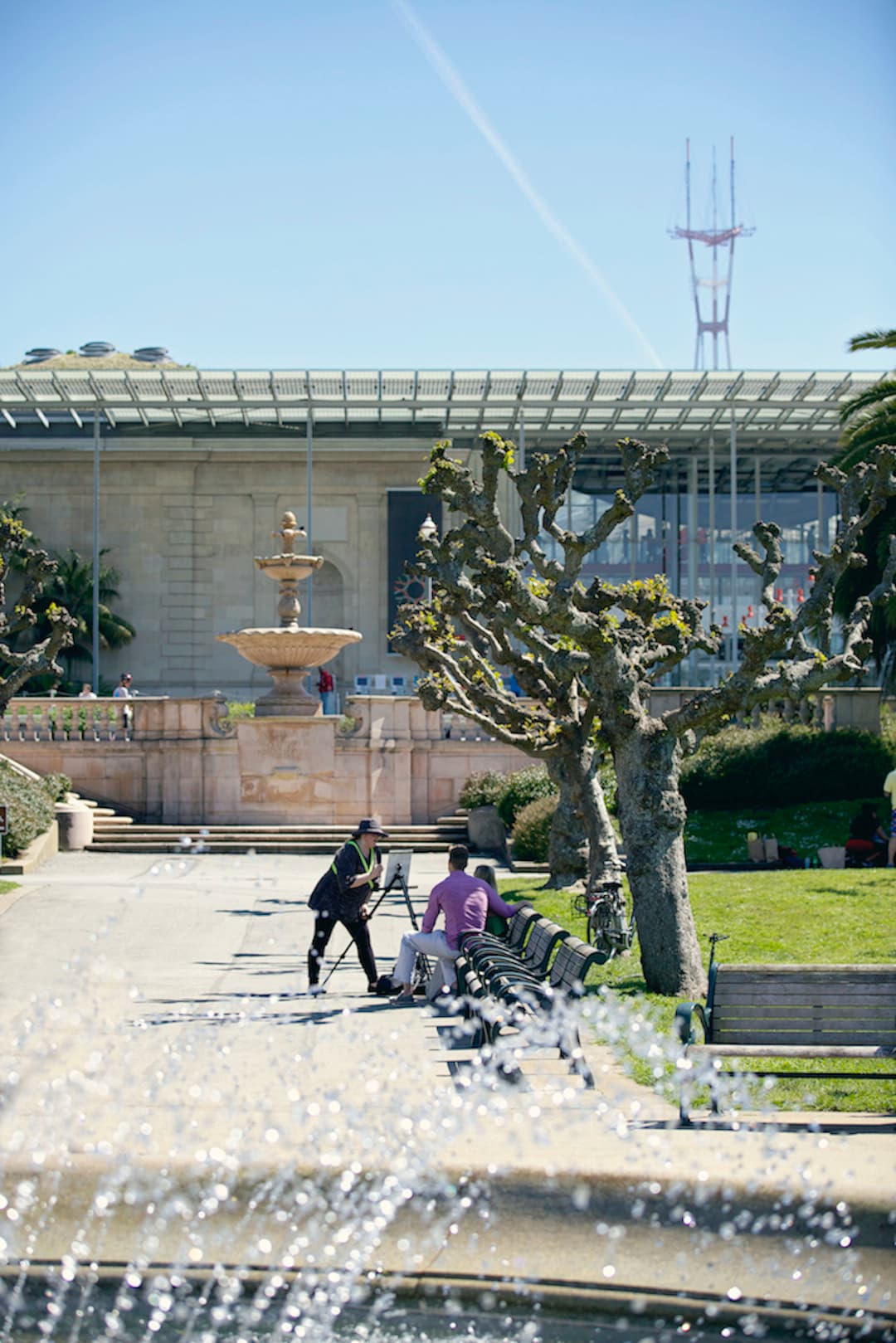 Will You Marry Me?

On a warm Sunday, he suggested that they take walk and browse an outdoor art festival near the De Young Museum in Golden Gate Park. An artist asked Matt and Kayla to sit and pose for a painting she was working on. Kayla was excited to participate.

When the artist was done, she turned her easel to show them her drawing. It was a caricature of Matt and Kayla, with the words “Will you marry me?” written at the top. That’s right! The artist was in on it too! As was a photographer, who was hiding from Kayla and snapping away each moment. 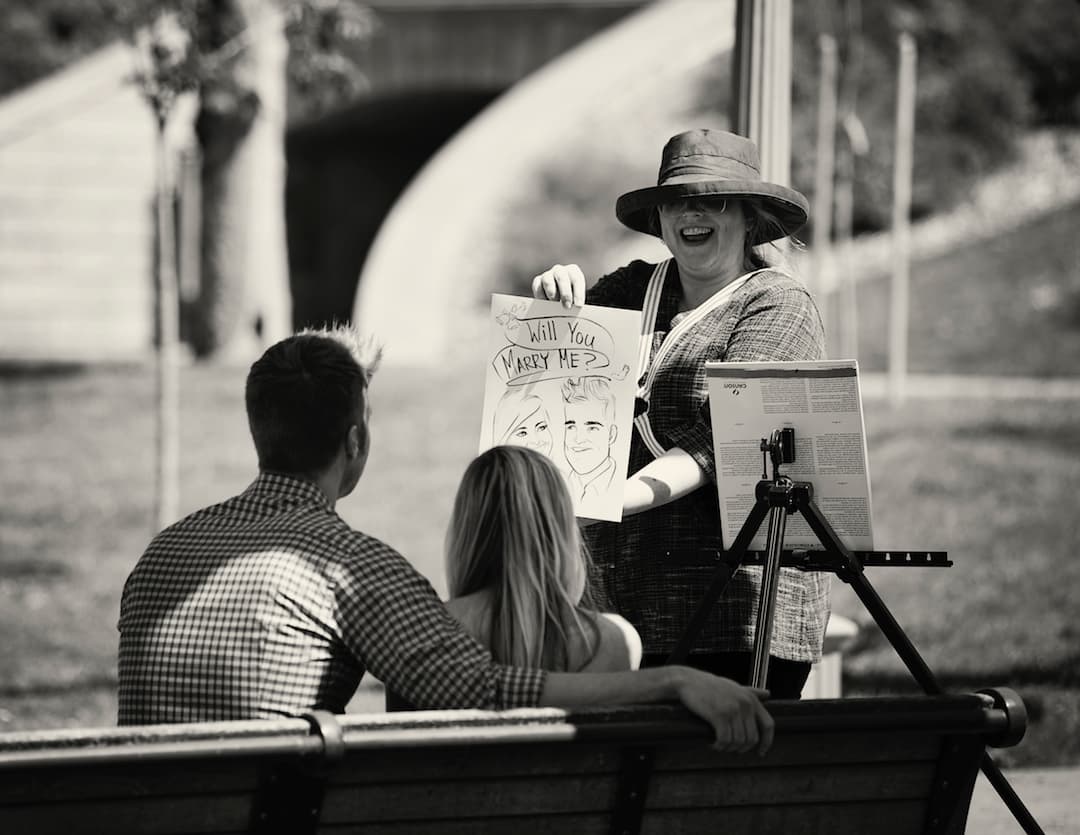 Speaking From The Heart

At that point, Kayla knew what was happening, and so Matt could take his time with the proposal. “It goes so fast and it can be a blackout moment,” said Matt. “I didn’t want to rush it.” For Matt, having the artist as a prop slowed down the proposal because he wasn’t worried about getting to final “Will you marry me?” sentence. He could enjoy the moment and speak from the heart.

Kayla began crying from joy as the whole park looked on. A random group of picnickers even brought out champagne to toast them (that was a nice serendipitous surprise for Matt as well - he didn’t actually plan that part). “People were obviously thrilled to be witnessing this vulnerable moment,” said Matt. “We got toasted by the whole park!” When Kayla came into La Bijouterie to say hello and tell us the proposal story, she was still beaming. “It’s just so beautiful!” she gushed. 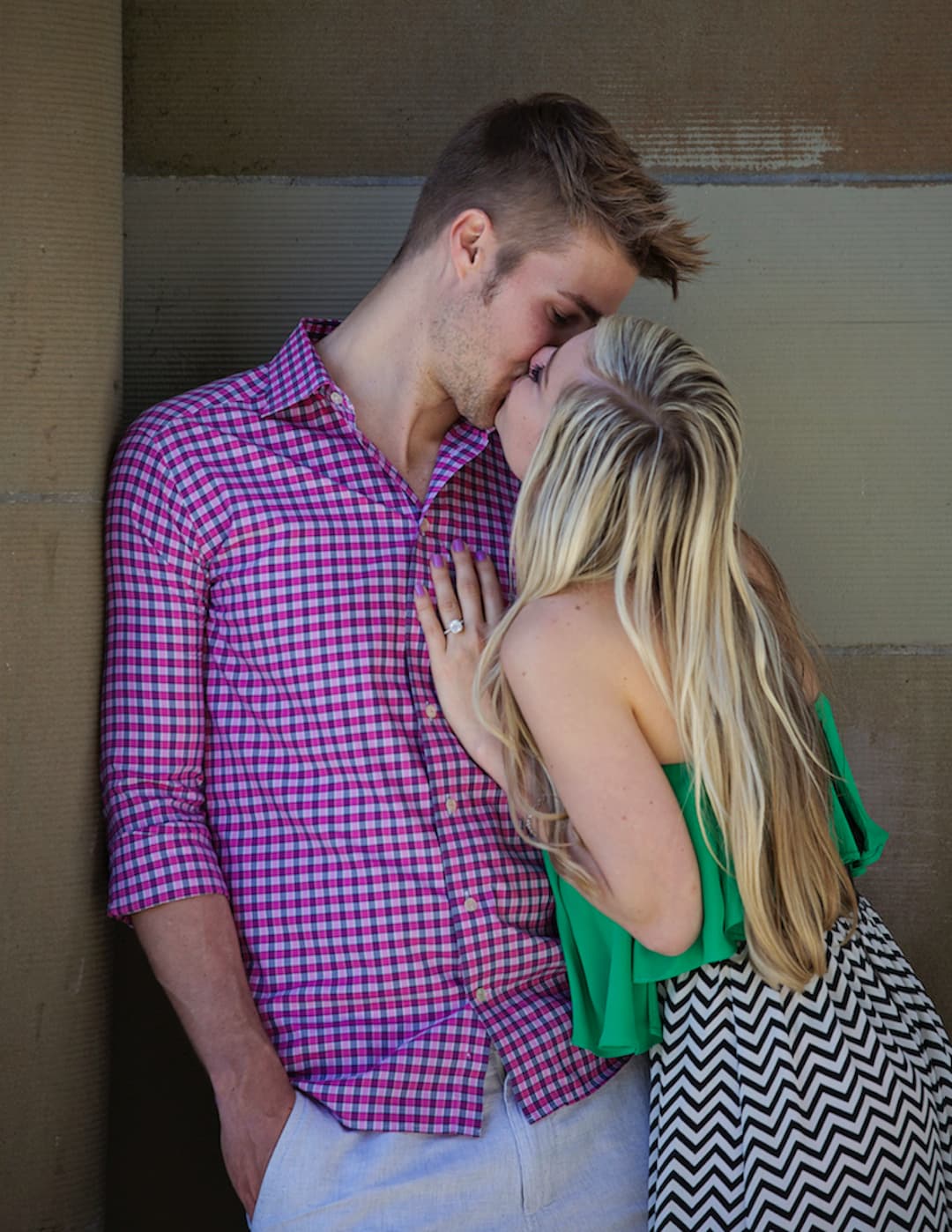 Matt’s proposal was one of the most romantic and thoughtful stories we’d heard. The elements were so simple, and yet so well crafted. Matt understands that a romantic proposal is every girls' dream. "You have the responsibly to make it what she always wanted it to be,” he said. “Don’t be too cool or too rushed when you’re creating the moment with the woman that you love and want to marry."