The Diamond Industry’s Two Truths and a Lie 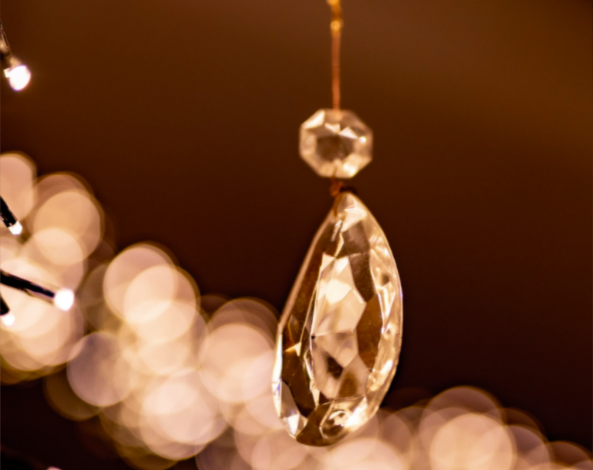 I get asked a lot about the diamond industry, more specifically, my thoughts on it as a whole. It’s becoming evident that there is a lot of misinformation about the ethics surrounding industry, and its regulations. As someone who worked over 20 years in the African mining industry and then the wholesale industry after that, as a Father, and as a fellow human, I’m here to tell you that as with any industry, this one does have its flaws. But if I believed the industry was detrimental to our society, I would have left it a long time ago.

My experience has allowed me the freedom to know which companies source diamonds  ethically, and which to avoid. Below I’ve laid out my take on the “Two Truths and a Lie” about the Diamond Industry. Let me know your thoughts and questions in the comments, and let’s continue the conversation.

Truth #1: The Diamond Industry is in fact regulated

Since the introduction of the Kimberley Process (KP) certification scheme and the World Diamond Council (WDC) System of Warranties, more than 99.8% of the world’s diamonds are certified conflict-free, with the support of 81 countries.

Additionally, there are voluntary and self-regulation systems that are effective in maintaining the diamond pipeline. Like most jewelers, we want to ensure our customers have the confidence to know that our source of supply is conflict-free. Additionally, many jewelers subscribe to the Responsible Jewellery Council, De Beers’ Best Practice Principles, and the Signet Responsible Sourcing Protocol.

Truth #2: The Diamond Industry is not owned by DeBeers

The good news is no one company has controlled the market for decades. This myth dates back to the 1980’s when De Beers did indeed control over 90% of the supply chain and was almost wholly responsible for marketing diamonds, having developed its famous “A Diamond Is Forever” slogan in the 1940s. This also led to the perception that De Beers “invented” the diamond engagement ring, when in fact the first was recorded as early as 1477 by Archduke Maximillian of Austria, who commissioned the very first diamond engagement ring on record for his betrothed, Mary of Burgundy.

The Lie: Diamond mining individuals and communities are mistreated and at-risk

To first understand why this myth is so false, it’s important to understand how the mining process works and how much diamond mines actually help strengthen a community. The isolated nature of diamond mines means the workforce lives close by and develops a sense of community, which the diamond industry supports by investing in hospitals, schools, training and bursary programs.

For example, 33% of Botswana’s GDP comes from diamond mining, and an estimated five million people globally have access to health care thanks to diamond revenues, (diamondfacts.org).

Today’s mining is not done by hand but is quite automated with miners moving millions of tons of rocks per year. It’s possible for Miners operating large earth loaders in open pits or underground, to never even see a diamond.

An outlet called Only Natural Diamonds, shared a fascinating real life story of two female geologists in Siberia and their journey to finding diamond deposits, as well as the environmental protection that took place following.

“The Living Diamonds of Yakutia is testament to the fact that for the world’s major diamond producers, planning to open a mine is about much more than just extracting diamonds, it’s about sustainable development and environmental stewardship.

Before a proposal to open a diamond mine is even put forward, rigorous research and planning is undertaken; every step of the way is subject to strict requirements from local authorities and communities.”

It may go against what many are made to believe, but most mining companies do have a heart, are regulated and are helping the planet and creating thriving communities.

You can learn more about the diamond mining industry by checking out our previous blog post here. To book a stress free appointment and learn about our unique three step design process, click here.

From Clicks to Bricks- A Modern Day Tale of Consumer Buying 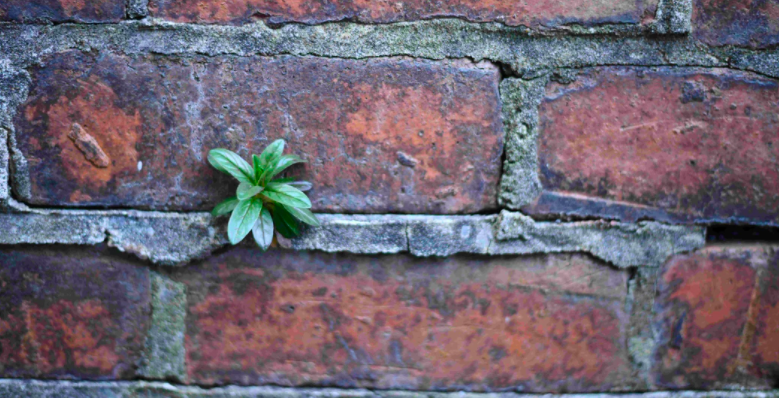 If you’ve ever considered the pros and cons of buying a diamond online versus in person, you may be interested to know that Blue Nile, one of the largest online retailers of diamonds, just announced  plans to grow its showroom presence from five to 55 locations within the next three years. Others are also dipping their toes back in the showroom waters, according to The International Council of Shopping Centers.

This brings us to the question of why. As a company, we’ve always believed in the value of in-person shopping, especially as it relates to something as important and meaningful as an engagement ring. Ten years ago, when La Bijouterie was formed, we made the purposeful decision to open a brick and mortar location, not an online store, because we value the importance of helping customers in person, especially when making one the biggest and most emotionally charged decisions of their lives. It seems as though today’s consumers value the same.

According to CBRE Retail Services Group Senior Vice President Danny Jacobson, “all retail is reimagining their store experience, and showrooms are a way to draw more people into their space or to supplement their online offering.” Consumers are wising up to the uncomfortable at best, rules around buying a diamond online, and companies like Blue Nile, implementing the rules, are taking a hit because of it.

For instance, did you know that online diamond stores do not offer any quality guarantee? If something is in fact wrong with the diamond you purchased, (say an imperfection you weren’t expecting, or the color is off), it would result in you overpaying for a diamond you thought was a great deal. The truth is there is a lot to consider outside of the 4Cs that someone who isn’t in the diamond profession would have no way of knowing.

This brings us to quality. A diamond should be inspected top to bottom with a magnifying glass by both the jeweler and the buyer, so you have a clear understanding of what you’re actually purchasing. An online website has no pressure to offer you a top quality diamond at a reasonable price since there is no official face to the brand. No one person's name or livelihood is on the line.

Although the customer experience may be at the forefront of why mega online retailers are opening brick and mortar stores, we would be remiss if we didn’t mention the need to offset the monetary ramifications of the Tax Law that was recently implemented for online diamond retailers.

More than anything else, placing trust in the establishment you’re buying your diamond from is of utmost importance as it goes hand in hand with the customer experience you hope to receive.

Buying a diamond online means making one of the biggest financial purchases of your life completely blind. As you might imagine, it takes years to understand and learn how to evaluate a diamond, which is why buying online can be so tricky and unforgiving.

Do you really want an AI bot determining the future ring or earrings your partner will wear for the rest of their life? Do yourself a favor and go with a jeweler that prides themselves on the customer service they offer, and has many repeat customers. Having a tangible location allows us to meet you in person (safely), and help you every step of the way.

Have questions? Leave them below or book a no stress appointment to get your questions answered in real time. In the meantime, check out our reviews on Google and Yelp.

We can’t wait to see you!

We’re two weeks away from the start of Spring and National Proposal Day, both taking place on March 20th. If the word “proposal” caught your eye, then you’ve landed in the right place. This blog is all about how to create an incredible day and moment for you and the love of your life. It proudly features some of our very own clients who were gracious enough to share their special moment with us. 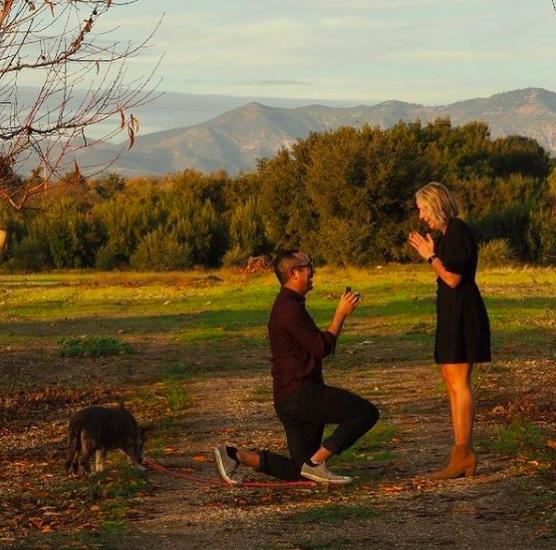 Perhaps the first place you met, a location you frequent, or some place they’ve mentioned checking off their bucket list… these are all good indicators of the perfect backdrop for popping the question. Bonus points if you hire a photographer to secretly capture the moment. 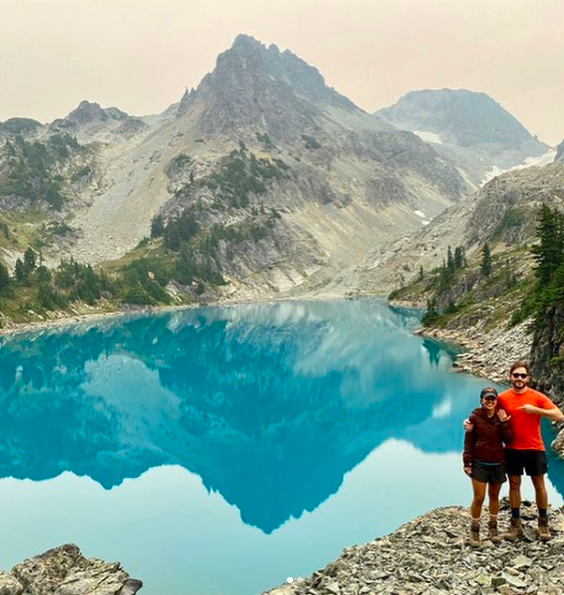 There’s no better way to connect with the one you love than getting out in nature. The crisp air and serene atmosphere offers the perfect segway for meaningful conversation. Best of all, it gets those endorphins going before you ask the biggest question of your life. 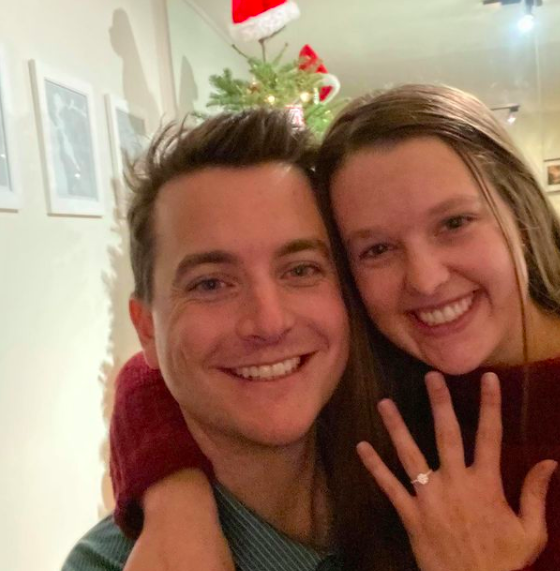 It may feel like the holiday season just ended, but to your special someone, the holidays might be the most romantic time of the year. If they are crazy over Christmas and enjoy sharing special moments with family, perhaps waiting until this next holiday season is the way to go. Who doesn't love something that sparkles under their tree? 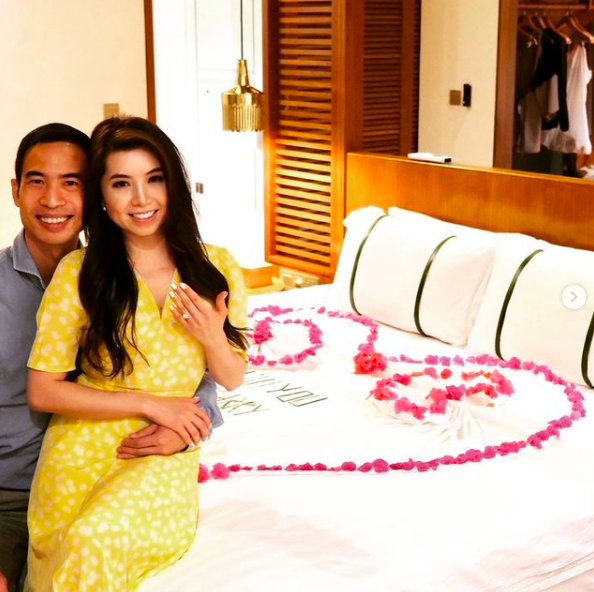 Are you and your partner at your best under the tropical sun? Perhaps planning a special trip where there’s plenty of Vitamin “Sea” would create a proposal to remember. From the Maldives to Santa Barbara, what far off sea breeze swept places have you talked about going together? 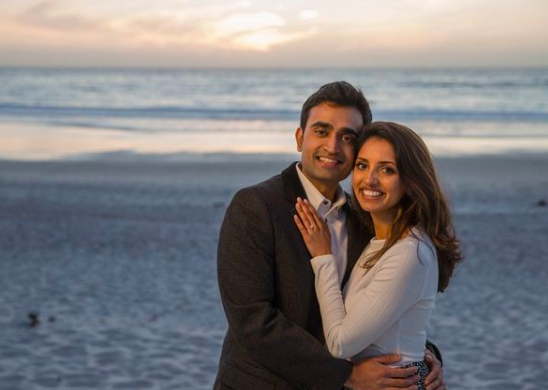 “It is almost impossible to watch a sunset and not dream.” -Bernard Williams

If dusk is your partner’s favorite time of day, or if you can’t help but chase sunsets together, then sunset sounds like the ideal time to make the magic happen. Just imagine, the next time you both see the sun you’ll be engaged! 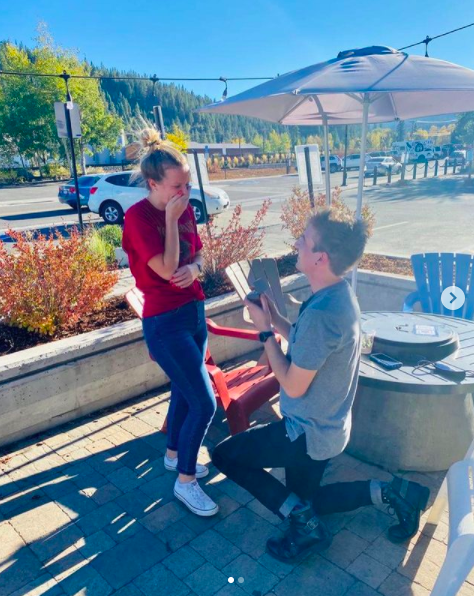 Go Wherever You Feel Most Comfortable...

At the end of the day, all that matters is that you and the one you love feel comfortable starting this next chapter of your life together. So when it comes to the “perfect” location, the truth is that is entirely up for interpretation. Instead of focusing on making everything perfect, close your eyes and picture where you will feel most comfortable asking one of the greatest questions you will ever ask. Perhaps it’s a place that will only be meaningful to the both of you, which will make it all the more special.

Tell us, how did we do? Leave us a comment below letting us know your thoughts, or you can make an appointment to learn more about how the engagement ring process works. On behalf of the entire La Bijouterie family, please allow us to wish you an early congratulations on reaching this exciting next step in your relationship.

~ Set and the La Bijouterie Team